Bob Drake is a licensed commercial rated pilot in both fixed and rotary wing aircraft.  He holds a B.A. in Psychology from the University of Louisville and a M.S. in Aeronautical Engineering from the Naval Postgraduate School.  He retired from the U.S. Navy as a Lieutenant Commander having flown various rotary and fixed wing aircraft.  Additionally, Bob served as the shipboard certification officer responsible for certification of all aircraft and ships to conduct shipboard aviation operations.  After retiring he managed a support contract providing administrative and technical support to the Naval Air Systems Command Launch and Recovery program office.

Bob then transitioned to the U.S. Department of Transportation Office of Inspector General as a subject matter expert for piloting and engineering issues.  Here he participated in various investigations and audits regarding Federal Aviation Administration programs.  He participated in several runway safety audits as well as a review of the Automated Surface Observing System.

Bob next moved to the Federal Aviation Administration’s Office of Accident Investigation as an Air Safety Investigator.  Here Bob participated as a member of the “Go Team” for major accidents either as the FAA Investigator in Charge, National Transportation Safety Board group member, FAA advisor, or technical advisor to the Accredited Representative for over six hundred accidents and incidents.   Bob completed his federal service as the Team Lead, Senior Air Safety Investigator supervising six fellow investigators. 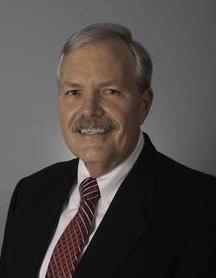