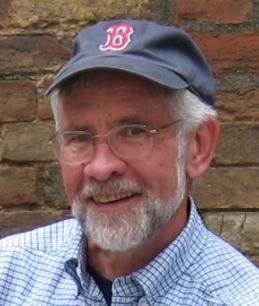 Dr. David Laananen has more than 35 years' experience in aircraft structures engineering and research, much of that experience in crash safety. He has been involved in design of aircraft seats equipped with energy-absorbing capability to protect occupants from impact in an accident and has conducted static and dynamic testing of seats for all types of aircraft.

After being introduced to aircraft crashworthiness during active duty Navy service, Dave was employed by Dynamic Science (formerly the AvSER facility of the Flight Safety Foundation). There he worked closely with Bell Helicopter Textron on crashworthiness aspects of their preliminary design for the YAH-63 attack helicopter. Also at Dynamic Science he was project engineer on the design of a “universal” energy-absorbing crewseat for retrofit in U.S. Air Force helicopters. With FAA support he developed a computer program for prediction of seat and occupant response to impact forces. The software has been used by a number of aircraft seat manufacturers.

In 1978 Dave joined Simula Inc. as Manager of Research and Development. There, he was one of the principal authors of the U.S. Army's Aircraft Crash Survival Design Guide (USARTL TR 79-22), expanding a single document into five volumes. One major research project that he directed at Simula involved a detailed analysis of U.S. civil helicopter accidents during a five-year period. Beginning with data from the NTSB, and, with the assistance of engineers and pilots representing several helicopter manufacturers, accidents were reconstructed and impact conditions estimated. Results included recommendations for future crash protection requirements that were used in developing 1988 amendments to the Federal Aviation Regulations that include dynamic testing of seats. While at Simula he was also involved in the design and qualification testing of energy-absorbing crew seats for the UH-60 Black Hawk, SH-60 Seahawk, and AH-64 Apache. A significant R&D program for which he served as Principal Investigator was conducted with support of the U.S. Army Applied Technology Laboratory to establish limits of human tolerance to accelerative forces in the vertical direction and the sensitivity of those limits to seat and restraint system design parameters.

After joining the Mechanical and Aerospace Engineering faculty at Arizona State University, Dave conducted research on composite material applications in aircraft structures, including energy-absorbing subfloor structures in helicopters. He also worked with ICI Composites and McDonnell Douglas Helicopter Company, later the Boeing Company, on research projects in manufacturing of composite structures. Beginning in 1997, he represented ASU as a director of the newly formed Airworthiness Assurance Center of Excellence (AACE), which worked with the FAA in administration of airworthiness research. AACE projects at ASU were in the areas of fuel systems safety and crashworthiness. At ASU Professor Laananen taught graduate courses in composite materials and composite structures and undergraduate courses in aircraft structures and composites.

Since retiring from full-time service at ASU, Dave has consulted on industry design projects and served as an expert for law firms representing aircraft manufacturers in accident litigation. He is an active member of the Crash Safety Committee of AHS International.