James Rockwood has more than 40 years of aircraft design, support, maintenance, failure analysis and aviation risk management experience.  Jim received his Federal Aviation Administration (FAA) Private Pilots License (single engine airplane) in 1970, his Instrument Rating in 1978, his FAA Airframe and Powerplant (A&P) Rating in 1980 and added his FAA Inspection Authorization in 2002.  He is a graduate of the University of Texas at Arlington with a Bachelor in Business Administration and is a certified Six-Sigma Green Belt.

Jim’s aviation career began in 1971 as a designer for Qualitron Aero, a company that specialized in the modification of business aircraft (rotor and fixed wing).  One of the notable projects was the design of the interior and structural modification of the last Boeing 707 based Air Force One.

In 1974 he joined Bell Helicopter as an Engineering Technician in the Drive System Test Laboratory and then in 1977 move to Drive System Design where he held positions of increasing responsibility working on every Bell helicopter model.  His responsibilities included managing the design, development and certification of new model drive systems as well as component product improvements.  He also conducted all field evaluation and lead-the-fleet programs for drive system components and participated, as a subject matter expert, in accident/incident investigations.  Additionally, he served as a FAA Designated Engineering Representative (DER) from 1992 to 1996.

In 1996 Jim moved to Bell Helicopter Customer Support and Services.  His first assignment was as Manager – Product Support Engineering providing technical and operational support to all Bell military and public use customers as well as some commercial customers.  His second assignment was as Manager – Military Technical Support where his responsibility grew to also leading Bell Helicopter’s extensive network of military technical representative, logistics representatives and contract maintenance personnel.  During this time, he also served as the Customer Support representative on the Bell Helicopter Product Safety Board.

Jim Retired from Bell helicopter in 2013 and then started an aviation consulting business.  He has worked with Aerosafe North America, an international safety and risk management company.

Jim lives in Keller, Texas with his wife of 32 years and has two children and two grand children.  He bought his first light airplane in 1974 and currently owns and flies a Cessna 177RG.  Jim is active in the general aviation community and is a past President and Vice-President of the Property Owners/Pilots Association at his home airport. 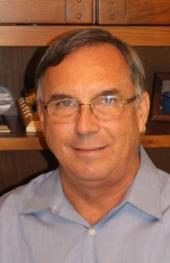