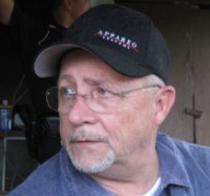 Joe Syslo has been a licensed commercial pilot since 1965, rated in both fixed and rotary wing aircraft, accumulating over 10,000 flight hours. He is a 1974 Graduate of Embry-Riddle Aeronautical University (ERAU). His involvement in aviation safety began during his tour of duty with the Marine Corps in Viet Nam. He is a retired Army Warrant Officer, Aviation Safety Officer and Army Aviator, most recently having flown the UH-60L Blackhawk.