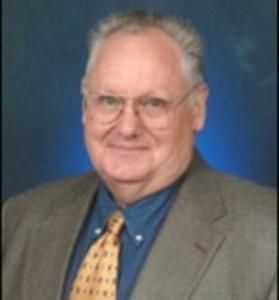 Mike Cummins has over thirty-four years experience in the design, development, flight test, certification, manufacture, and maintenance of all types of turbo-machinery including turbofan engines, turboprop engines, turboshaft engines, and auxiliary power units.

Mike is a licensed single-engine fixed wing private pilot, as well as a certified SCUBA dive coordinator. His involvement in aviation began in 1970 during his private pilot training.

Mike has worked as both a manufacturer’s investigator and an aviation safety consultant. Mike has participated in over 180 domestic and international accident investigations involving all types of commercial fixed and rotary wing aircraft, including everything from small single engine general aviation aircraft to large multi-engine air transport aircraft. In addition, Mike has worked on state department, and military accident investigations for both domestic and foreign military organizations.

Mike retired from Honeywell Aerospace in 2012 as the Director of Product Integrity where he oversaw all accident investigations, product safety programs, and litigation support for all of Honeywell’s aerospace products. He is currently retained by Honeywell to serve has a company representative in Aerospace asbestos litigation.

During his years at Honeywell Mike was instrumental in the development of an Incident Recorder contained within the Digital Electronic Engine Controls for the TFE731, and AS900 series of turbofan engines. This incident recorder allows investigators to determine engine operation and condition prior to an accident when a Flight Data Recorder is not installed.

Mike has worked with the FAA, NTSB, the Flight Safety Foundation on a number of regulatory and safety programs including developing regulations and investigation criteria for Unmanned Aerial Systems, improved safety for EMS helicopters, and improving aviation safety for Africa.

Additionally, Mike has an expertise in the development and implementation of aerospace product safety programs, and Safety Management Systems, and has been instrumental in establishing these programs at both startup and established manufacturers.

Mike currently lives in Phoenix, AZ with his wife and two dogs. In his free time Mike fabricates and shows a verity of custom automobiles, and serves as a team member on a record holding land speed race car.